Delhi, NY (06/12/2019) — Sakari Smithwick, a 2016 SUNY Delhi graduate, competed on an episode of The Food Network's "Chopped" that aired on June 11. In the popular show, now in its 37th season, four chefs face off against each other to turn baskets of challenging mystery ingredients into three-course meals. After each round, one chef is eliminated, with the final remaining chef bringing home a prize of $10,000.

In his episode, Sakari Smithwick and his opponents had to use ice cream as an ingredient in their appetizers and entrees as well as make their own ice cream as part of their dessert. Combining ice cream with other mystery ingredients such as cheeseburgers and duck breast, Smithwick received high praise from the judges for his creativity and authentic flavors in the appetizer and entrée rounds.

In the end, 24-year-old Smithwick finished second, impressively making it to the final dessert round before being eliminated in favor of pastry chef Jessica Quinn from Brooklyn, NY.

"We are tremendously proud of Sakari's performance on Chopped," said Dr. David Brower, Dean of the School of Business and Hospitality Management at SUNY Delhi. "His drive and determination to succeed have always been admirable characteristics, and his poise in this competition shows a maturity well beyond his years. The faculty and I know that he is destined for great success in the years ahead."

To Sakari Smithwick, appearing on the show was a dream come true.

"I used to watch the show as a kid and say to myself, 'I could do that.' To actually be on that stage meant that I can do anything I put my mind to and that all my hard work has finally been worth it."

A native of Amityville, NY, Smithwick graduated from SUNY Delhi with an associate's degree in culinary arts and a bachelor's degree in hospitality management.

"Delhi prepared me for my career by giving me the foundation and building blocks for what it takes to be successful in a competition," he said.

After graduation, Smithwick has worked in some of the best restaurants in the world, such as the two Michelin star restaurant Marea in New York City. He currently works with Chef Marco Prins in the new Restaurant Ukiyo in New York City. Ukiyo has received critical acclaim for its imaginative French cuisine with Japanese and global influences.

"I wanted to take a leadership role and be a part of building something new," he said of his decision to join Ukiyo.

Smithwick said that he appreciates the mentorship he found at SUNY Delhi.

"I still contact my former instructors on a regular basis. They were there for me through the toughest times at the beginning of my career, giving me advice about career moves and providing support every step of the way."

SUNY Delhi has long been recognized as one of the nation's leaders in culinary training. In the last decade alone, Delhi students have won more than 500 individual and team medals from cooking competitions, including multiple American Culinary Federation (ACF) regional, state, and national championships, as well as international titles. Recent examples include Julio Chavez who won the title of ACF National Student Chef of the Year 2018 and Carly Yezzo who will represent the United States in the prestigious Chaîne Des Rôtisseurs Young Chef International Competition in 2020.

Sakari Smithwick races against the clock on "Chopped," the popular cooking competition on The Food Network.

Sakari Smithwick with his opponents on the cooking show "Chopped." 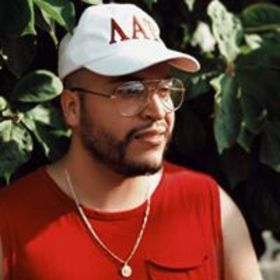